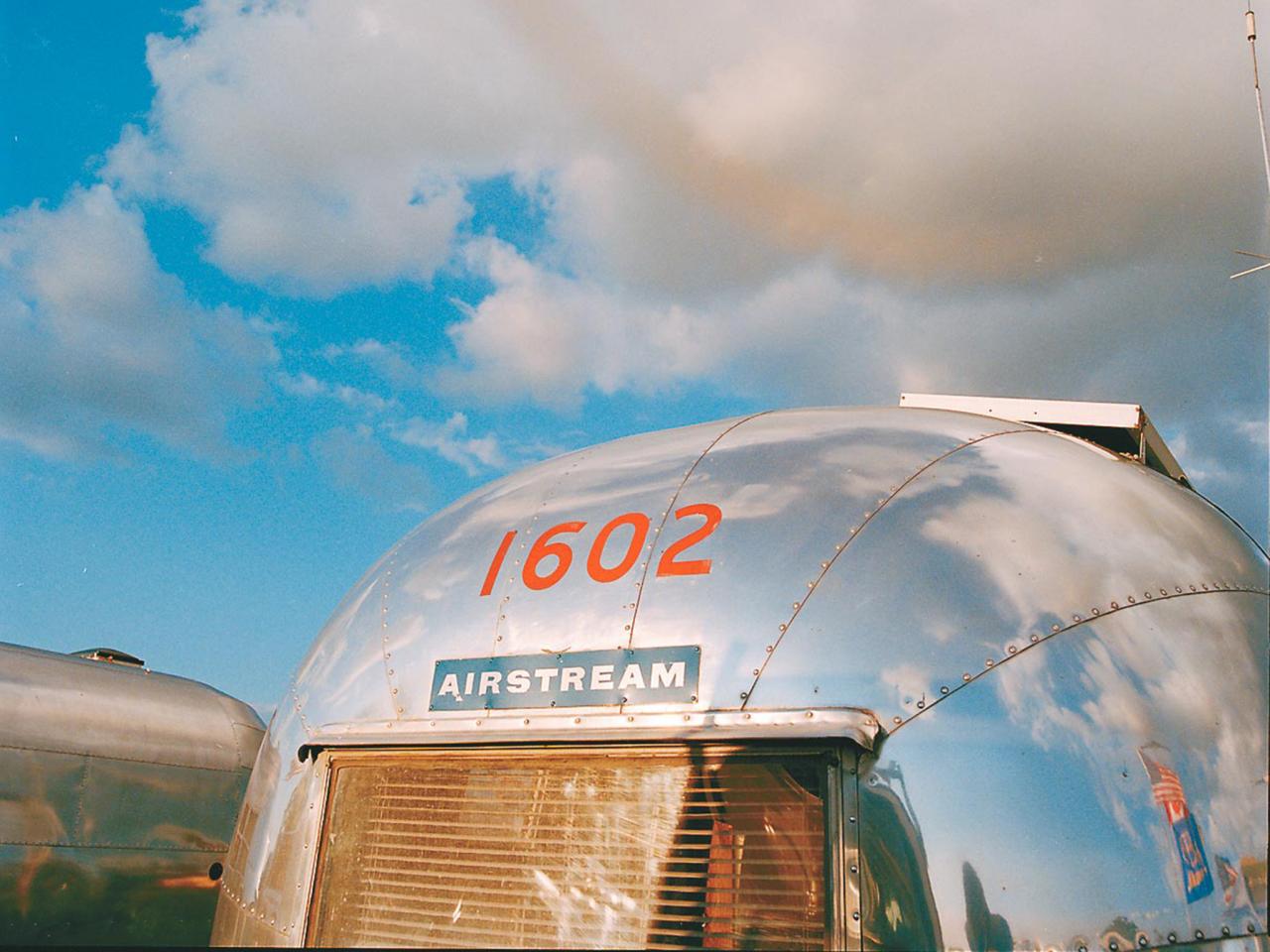 The Rituals of Summer

By Jim McKinley BrownJune 8, 2021No Comments

Home » Blog » The Rituals of Summer

I was a lucky kid. Every summer, my parents would gas up the truck, pull the Airstream RV out of the shed my father built, and begin the preparation rituals of packing for our summer vacation to Myrtle Beach, SC. My mother kept the Airstream stocked with all the necessary kitchen supplies, towels, linens, camping gear, and other non-perishable goods. She would spend the week before we left shopping for vacation foods like Little Debbies, potato chips, Kool-Aid, lunch meats, hotdogs, all the treats we didn’t eat during the school year – ritual one complete.

We filled our morning departure with more preparation rituals. We would get up early to get a head start and have Kellogg Corn Flakes for breakfast, leaving the kitchen spotless. My father would get the truck out and align it perfectly straight to the hitch of the Airstream. Everything had to be in absolute alignment. Truck. Hitch. Airstream. No room for error. There was always this intense exchange between my father and mother. She watched the hitch as my father would ever so slowly back the truck to align the hitch ball with the overlapping tongue of the Airstream. There would come this moment when my mother would yell, “Stop!” and he would know that the ball of the hitch was perfectly underneath its mate—ritual two complete.

Securing the truck to the Airstream required this careful sequence of actions. He would lower the trailer with a hand crank to attach the two entities. Pins tightened and chains attached. Bars of steel were affixed to the two making sure that the Airstream never did what my father called “fish-tailing.” He despised it when he felt the Airstream begin to move ever so slightly back and forth while cruising at top speeds down the highway. So every small but significant component had to be properly attached, checked, and rechecked—ritual three complete.

Once my father properly plugged in the electrical and braking systems, my mother would walk to the back of the RV and position herself at the rear of the Airstream. My father would take his position in the truck’s cockpit and ceremoniously start the truck, leaving the driverside door open. She would then shout, waving her arms over her head, “Left signal. Check. Right signal. Check. Pump the brakes. Pump them again. Check. Now turn on the lights. Check!” If everything went according to her safety inspection, we would receive word from the tower that we were clear for takeoff. All systems go! Myrtle Beach, here we come.

Lakewood Family Campground, Myrtle Beach, South Carolina, was a magical place for me. It had everything. Palm trees, a large lake filled with all kinds of fish, playgrounds, a snack bar, a gift shop, and of course, the most beautiful beach. I didn’t know it at the time, but we were “glamping.” The kind of comfortable camping where you have air conditioning, indoor dining, and a private bathroom. Well, my mother had a private bathroom. Dad and I used the campground bathhouse. Still, it was the most amazing two weeks of the summer. Most kids only stayed a week. I got to stay for two weeks, which meant I would say goodbye to one set of friends and, by Sunday afternoon, have an entirely new gang to hang out with.

Beach rituals were important. Every day, get up, have breakfast, get ready for a day at the beach, come back to the Airstream for lunch, take a nap, go back to the beach, ride bikes with the gang, hang out at the gift shop, eat dinner, stay up late with friends. Rinse and repeat. You never got bored with this daily routine because you would find things to break up the sameness of these rituals. At least once a week, and sometimes twice a week, the mosquito fog truck would drive up and down each street in the campground, blowing a cloud of poisonous insecticide into the air. My gang of friends and I would ride our bikes behind the truck, following in the fog of noxious gas. To this day, I am amazed I am not riddled with cancer.

The summer gave us a time to slow down, be more present in the world, and enjoy the outdoors. It was a time for me to leave behind my old self and emerge a new, revived individual at the end of the summer. This was true for my father and mother. Our summer vacation time was an intentional liminal space, that betwixt and between space where you are not who you used to be, yet not quite who you will become.

I know performing rituals requires a separation from how things used to be, often through a crisis of some kind, to liminality where time, identity, and space are suspended, resulting in reintegration into the community. Liminality is a vital part of the ritual process. There must be that moment in time where you are neither who you were or who you think you’ll become. Take any ritual, and you’ll find the liminal space filled with pain, anxiety, fear, love, joy, and always a heightened sense of emotion. Rites of passage are important to the cultural beauty of humanity. The bride walks down the aisle seeking to become a wife. A boy walks across hot coals wanting to become a man. A religious person who is tested to prove s/he is wise becomes a spiritual guide. Rituals serve us well, and yet, they are one of the most unsettling and provocative times of our lives.

As an adult, the summer months have always served as my liminal space. Pre-COVID, as a teacher of teachers, I lived by the rituals of the celestial clock of the academic calendar. The promise of the summer break offered me a chance to renew and recharge—a chance to prepare. The beginning of each academic year brought in new students performing new campus life rituals and ended with students performing the ancient graduation rituals, moving one closer to adulthood. There was always a clear delineation of one set of rituals until it was time for the next set of rituals to begin. I found comfort in this ebb and flow. I understood it. I knew what to expect during each ritual, every performance, every gesture.

Those of you who have read my other blog posts know that I am pivoting careers from higher education to freelance instructional design. I have separated myself from the comforts of the academic calendar and those rituals. I am now in this unsettling betwixt and between space where I am no longer who I was and unsure of who I am to become. I am an imposter!

Over the past months, I have studied, watched, learned, and built new ideas, things, and ways of being. I have come so far. I have built a website to showcase my skills and abilities. I have joined Linkedin, built my personal story brand, joined several online communities, and taken a liking to social media. The liminality of the summer I was used to as a teacher, and the ambiguity of becoming an instructional designer has awakened my imposter syndrome. I am realizing more and more that imposter syndrome is a natural part of my liminality. Maybe that’s true for you as well.

Looking back to my magical summers at Myrtle Beach glamping with my family in our comfortable Airstream, I was, in a sense, rehearsing all of the rituals I would perform as an adult pivoting into a new career. I networked with my new friends, being present with each moment, reflecting on the past school year, and dreaming about the next. I plotted and devised, designed, and created all the things a kid does at a campground in Myrtle Beach, SC. I was playing a role. I was an imposter, maybe. Kids do that. They take on roles and pretend to be all the possibilities. They take up the mantle of existence, rehearsing what might be. Am I ready for what might be? I think so.

If you have found yourself in this uncomfortable binary space between who you once were and who you are becoming, know that you are not alone. This is a fundamental part of the human experience. If you feel like an imposter, that’s okay too. It’s a real element of the space you’re currently occupying.

I am moving forward with my plans, continuing old rituals and developing new rituals for my future self. I keep telling myself, “You are a big deal.” Say that to yourself over and over every morning and see if things don’t change. Surround yourself with people who give you energy. Find moments to rehearse the uncomfortable. But mostly, enjoy the rituals of the summer just like you did as an imaginative wondering kid.